I'm proud to announce the release of Libervia 0.8 « La Cecília » (formerly known as « Salut à Toi »), after more than 2 years of development.

This version is a big milestone preparing the future of the project. Let's have an overview of some major changes.

In the interest of simplicity, the project has been renamed to " Libervia " (with was formerly the name of the web frontend), and all official frontends have now a straightforward name such as Libervia Web , Libervia Desktop / Mobile (same frontend for both), Libervia CLI for Command-Line Interface , and Libervia TUI for Terminal User Interface. The backend is, as you can guess, Libervia Backend. The former names are for now still used as aliases.

Beside simplicity, the name change was also due to concerns with international audience: some people were thinking that "Salut à Toi" was dedicated to French-speaking people only. Hopefully, it will be easier for everybody, and people won't get confused any more by all the names which were previously used.

Note that the renaming has implications on your configuration file which is now named libervia.conf (sat.conf is still working for now). The sections have been updated with new names (to configure the CLI frontend you now use [cli] section instead of [jp], for the web frontend it's now [web] instead of [libervia]). Please check documentation in case of doubt.

Libervia has been ported to Python 3, which has opened the door to other changes.

Brython has been integrated to Libervia Web, to replace the unmaintained "Pyjamas" (which was a Python port of GWT).

Nunjucks is also now integrated in Libervia Web, making it possible to share some templates with Jinja. This is notably useful to make some pages working with or without JavaScript.

OMEMO implementation has been completed with support for MUCs (group chats) and files (via XEP-0454: OMEMO Media Sharing).

Many other changes are not explained in this note to avoid it being indigestible, you can check the CHANGELOG for more information.

A new theme for Libervia Web based on the nice Bulma CSS framework has been made and is now the default one. Thanks to it the interface is clearer and more pleasant to use. 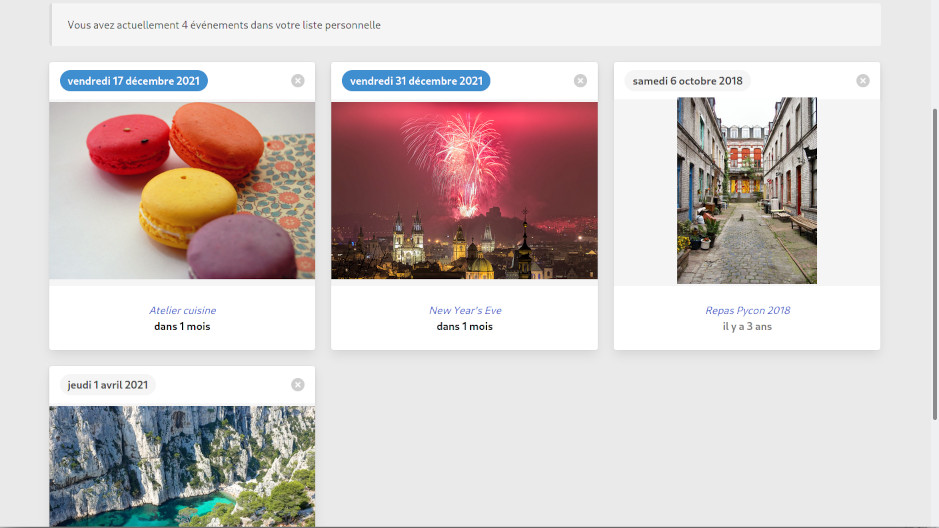 An easy to use invitation system has been implemented in Web frontend, and can be used either to give access to something to somebody with an existing XMPP account, or to invite somebody by email. The goal is to be able to share things (e.g. photo album, event) with family or friends without having to expect them to install a software or create an account. 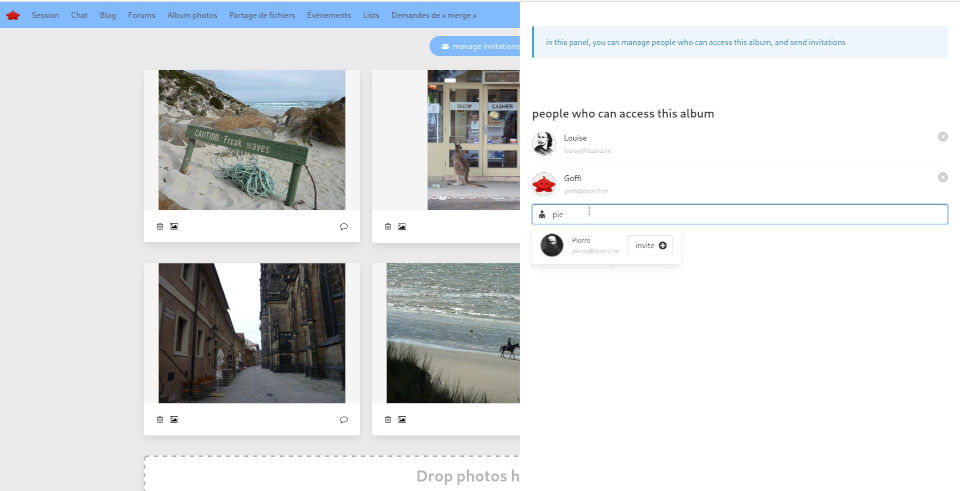 A decentralised issue tracking system was implemented since version 0.7, which was notably used to manage Libervia's own tickets. It was using a non-standard feature available only in Libervia Pubsub (formerly "SàT Pubsub", server independent Pubsub/PEP component, a side project).

This feature has been renamed to "Lists" and now uses XEP-0346: Form Discovery and Publishing which makes it usable with a generic Pubsub service.

Any kind of list can be created, from project tickets to keep track of bug report of feature requests, to To-do list, grocery list, etc. Being based on XMPP pubsub, lists can be federated, and permissions can be managed easily (for instance to allow various family members to modify a shopping list). 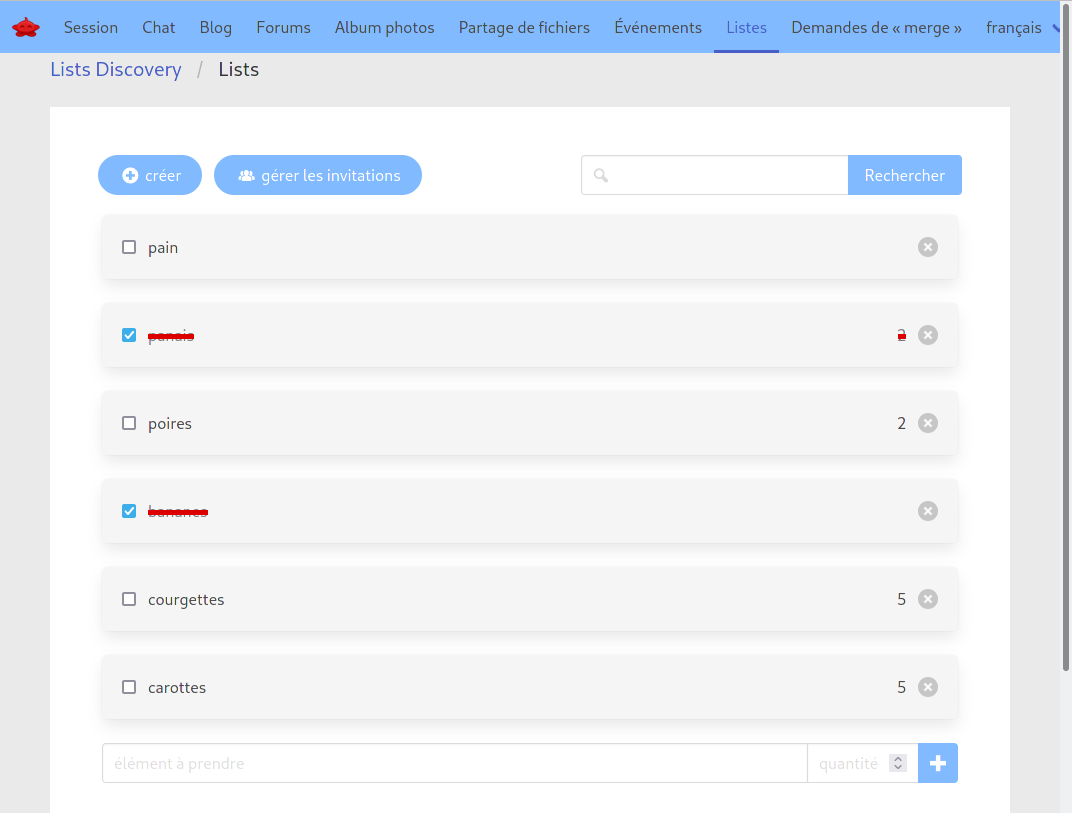 For the moment 3 kinds of lists are available (generic tickets, To-Do, grocery), but more are expected to come in future versions.

Lots of improvements have been made on the photo albums in the web frontend. They can now be created or deleted from Libervia Web, photos or videos can be uploaded, a touch/mobile-friendly slideshow is available, ogv.js has been integrated to make possible the viewing of videos in Ogg Vorbis/Opus/Theora ans WebM VP8/VP9/AV1 on platforms not supporting them natively, and the invitation system mentioned above has been integrated. 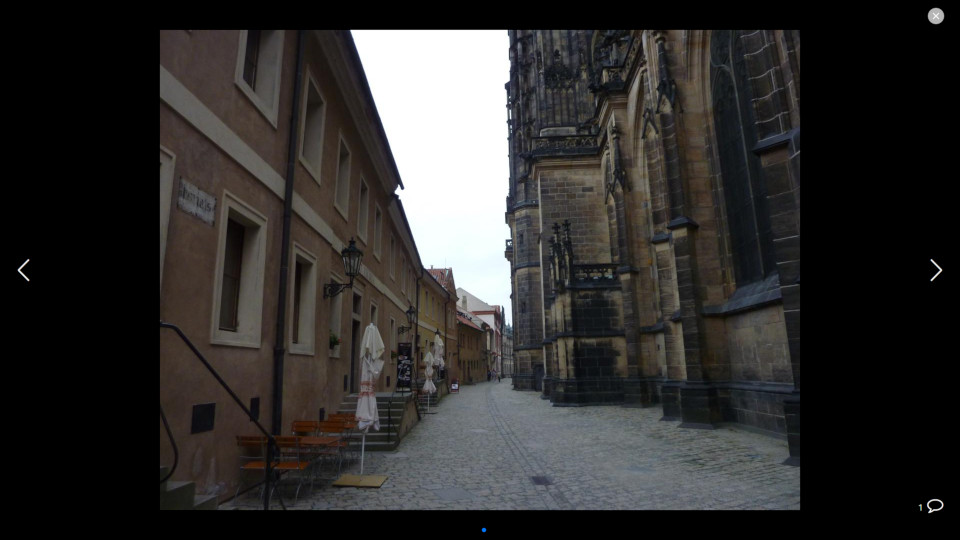 Libervia Desktop UI has also been updated, the top menu has been removed, file dropping is now possible on suitable platforms, chat has infinite scrolling, a new "chat selector" screen makes it easier to select entity to chat with or room to join, message attachments are show in a more user-friendly way, and several other improvements has been done. 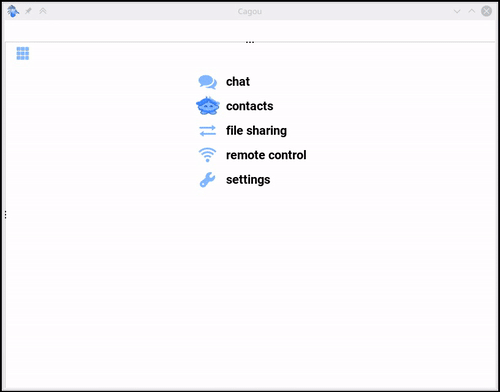 Work has also been done on Libervia Mobile (which is Android only for now), but this frontend is not user-friendly enough yet for end-user. The CLI frontend is now fully documented and following the renaming can now be accessed either by libervia-cli or the shorter li (legacy jp is still working for now). Among new commands we can highlight li file get which retrieve a file with support of aesgcm scheme (i.e. OMEMO Media Sharing), which makes it a kind of OMEMO enabled wget like. li file upload also handle end-to-end encryption, it's thus easy to share an encrypted file from command-line or a script.

Libervia can act as a component (which can be seen as generic XMPP server plugins), and it includes a File Sharing Component.

This component store files which can be retrieved either according to given permissions or publicly.

Files can be uploaded or downloaded via XEP-0234: Jingle File Transfer and XEP-0363: HTTP File Upload is now also implemented, making it possible to share files via HTTPS link.

This component can now be used to replace internal XMPP servers HTTP File Upload implementations. In addition to the fine permission management, it does not have a size limit and user quotas can be set, check the documentation to see how to set them. Files uploaded can be retrieved using XEP-0329: File Information Sharing and deleted with XEP-0050: Ad-Hoc Commands.

This component is necessary to use the Photo Album feature.

A Pubsub/PEP component (formerly named "SàT Pubsub") is developed next to Libervia. It aims to provide a server independent feature-full implementation.

Libervia Pubsub is released at the same time as the Libervia XMPP client, and has also been ported to Python 3.

Among novelties, Full-Text Search has been implemented (XEP-0431: Full Text Search in MAM), as well as XEP-0346: Form Discovery and Publishing which replaces the former non-standard node schema, and PEP is now working for the server itself, making it usable for XEP-0455: Service Outage Status.

Docker images have been updated and moved directly to libervia-backend repository (in docker subdirectory).

The Official Website has been updated with a new theme (based on Libervia Web new theme).

Libervia is available on several GNU/Linux distributions (at least Debian and derivative and Arch Linux). Unfortunately, the current Debian version is outdated (due to incompatible Debian and Libervia release dates), hopefully the new version will be available as a backport soon.

You can easily install Libervia on any distribution by using pipx:

Then launch libervia-backend, and a frontend (e.g. libervia-cli or libervia-desktop). Check the documentation for details.

Docker images are available, and notably a web-demo.yml file can be used with docker-compose to quickly try a local demo:

Then open your browser on http://localhost:8880 and use the login demo with password demo.

A Libervia based project has been selected by NLnet for a grant. This project is in 2 parts: working on an XMPP ⟺ ActivityPub gateway, then on pubsub and files end-to-end encryption. You'll find more information on this blog post and on NLnet project page. The project has already well started, and you can follow the progress on my blog (which is Libervia/XMPP powered) or on the ticket tracker (which is also Libervia/XMPP powered). A huge thanks to NLnet/NGI0 Discovery Fund!

Besides, work is planned to improve user experience and instant messaging feature (notably on Web frontend). Libervia aims to be a good fit for private networks for family and friends.

Last but not least, I've been pleased to see that Libervia Web is used to power jmp.chat blog. JMP is a company which give you a real phone number which can be used with XMPP and SIP (you can call this number from a traditional phone and get the voice call from a XMPP client). 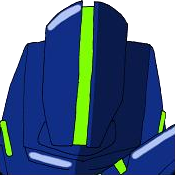