Hello and Happy New Year, this is the first progress note of the year.

Last weeks have seen work on OMEMO, and SàT has now a full OMEMO implementation (one2one, files with aesgcm scheme, and MUC encryption). One2one e2e OMEMO encryption was already available since 0.7, and I've talked about file encryption last time. The work on MUC has been quite straightforward, it was basically about handling the workflow differently (checking that we have a room JID and not a user JID, checking that we can retrieve real JIDs from Room, and retrieving room occupant JIDs). On Cagou, I've added the encryption button, and I've had to filter encryption algorithms available for MUC (where OTR is excluded, while it's available for one2one chat).

Once trying on Android, I've realised that OMEMO was not working as expected. After investigation I've found the issues (bad version and the Protobuf Python binding was not installed correctly), and I've proposed 2 small fixes to python-for-android's omemo and protobuff_cpp recipes, which are now merged upstream.

Once that working, I've decided to work a bit on Cagou usability. On Android, there is now a notification sound in addition to the vibration (you can activate/deactivate them in settings).

I've refactored the way platform specific behaviours are handled, and this is used, among other things, to manage URIs opening. Thanks to that, I can now handle the geo: URI scheme in a platform specific way: while by default it's opened in browser, on Android it's opening the application picking menu, so you can display the location in your map/navigation application.
That's pretty neat as you can now, using a map/navigation application + Android data sharing mechanism, send or get a location with SàT (and this may be end to end encrypted).

Continuing with Cagou UX improvements, I've added a small red "plug" icon when the user is not connected to the server. I was not sure how I can show that a user is disconnected without surcharging the interface, and I've found this solution acceptable (the icon is visible only when you're disconnected).

Now I'm working on chat room selection, i.e. how to open a chat room in Cagou. 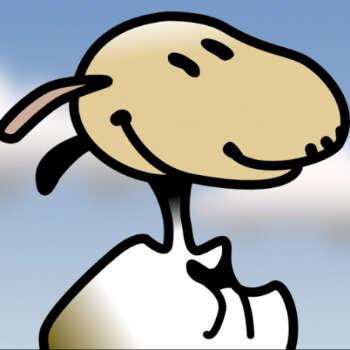